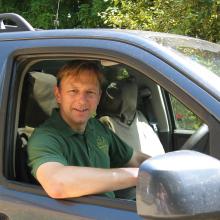 It’s been a busy week for skin problems, what with the pollen season starting and fleas becoming more active in the warmer weather. Allergic reactions (hypersensitivities) arise when the immune system of sensitive individuals overreacts to harmless agents (eg, house dust and dust mites, pollens, insect bites, food agents, environmental chemicals, mould spores and so on), which the majority of individuals do not react to. In pets, this results in itchy skin that develops into a rash, whereas other skin problems – such as mange or ringworm – start as a rash which then becomes itchy.

Allergies may elicit a wide variety of symptoms according to the type of hypersensitivity, but itchy skin is the commonest presentation in pets. Atopic dermatitis arises when the immune system becomes hypersensitive to a harmless environmental agent (an allergen) and the patient becomes itchy, particularly of the face and feet. The patient may then traumatise the skin by gnawing or rubbing itself on the ground and redness and hair loss can be seen on the face, limbs, belly and groin. With pollen allergies this may be seen more frequently after going for a walk where the patient comes into contact with plants it is allergic to. We have a number of nature reserves close to our practice in Lincolnshire, with many trees and shrubs coming into flower at the moment, there has been a sudden rush of clients bringing their animals to see us due to developing skin problems.

Several years ago the nature reserves were closed due to the foot-and-mouth outbreak and consequently the number of skin problems we saw at the surgery dropped dramatically. Once the “All clear” was given and the reserves were reopened, people started walking their dogs in the countryside again and suddenly there was a surge in the number of skin problems seen in the surgery.

In pets, house dust, dust mite and mould spore allergies, the resulting dermatitis tends to be worse in the winter when the animal is indoors more.

In many cases, these skin problems can be resolved with a short course of topical and oral anti- inflammatory medication and, if the skin becomes infected (called pyoderma), a course of antibiotics. Essential fatty acids (eg, evening primrose oil) have been shown in some cases to make the skin less sensitive and reduce allergic flare-ups. The range of anti-inflammatory veterinary treatments has grown rapidly in recent years, with some new products proving very effective in reducing the symptoms and without the potential side-effects associated with older treatments.

However, severe dermatitis in pets is better treated by investigating further using intradermal skin tests or blood tests to identify the individual allergens causing the disease in affected individuals. If they can be identified the patient can be desensitised with an “allergy vaccine”. Initially, small doses of allergens are administered by injection – although now oral preparations are also available. These doses are increased over time until the patient is receiving high doses of their allergens, which dampens down the immune response so the animal is no longer hypersensitive and stops developing the allergic reaction – this is called desensitisation and is effective on its own in about 60% of cases. Unfortunately, in a proportion of cases, the allergy continues to progress and the pet will need other anti-inflammatory medication alongside the desensitisation. With a thorough investigation of the patient’s skin problem, however, a definitive diagnosis can be made and effective treatment carried out to return the pet to a good quality of life.